Posted on by John Martin 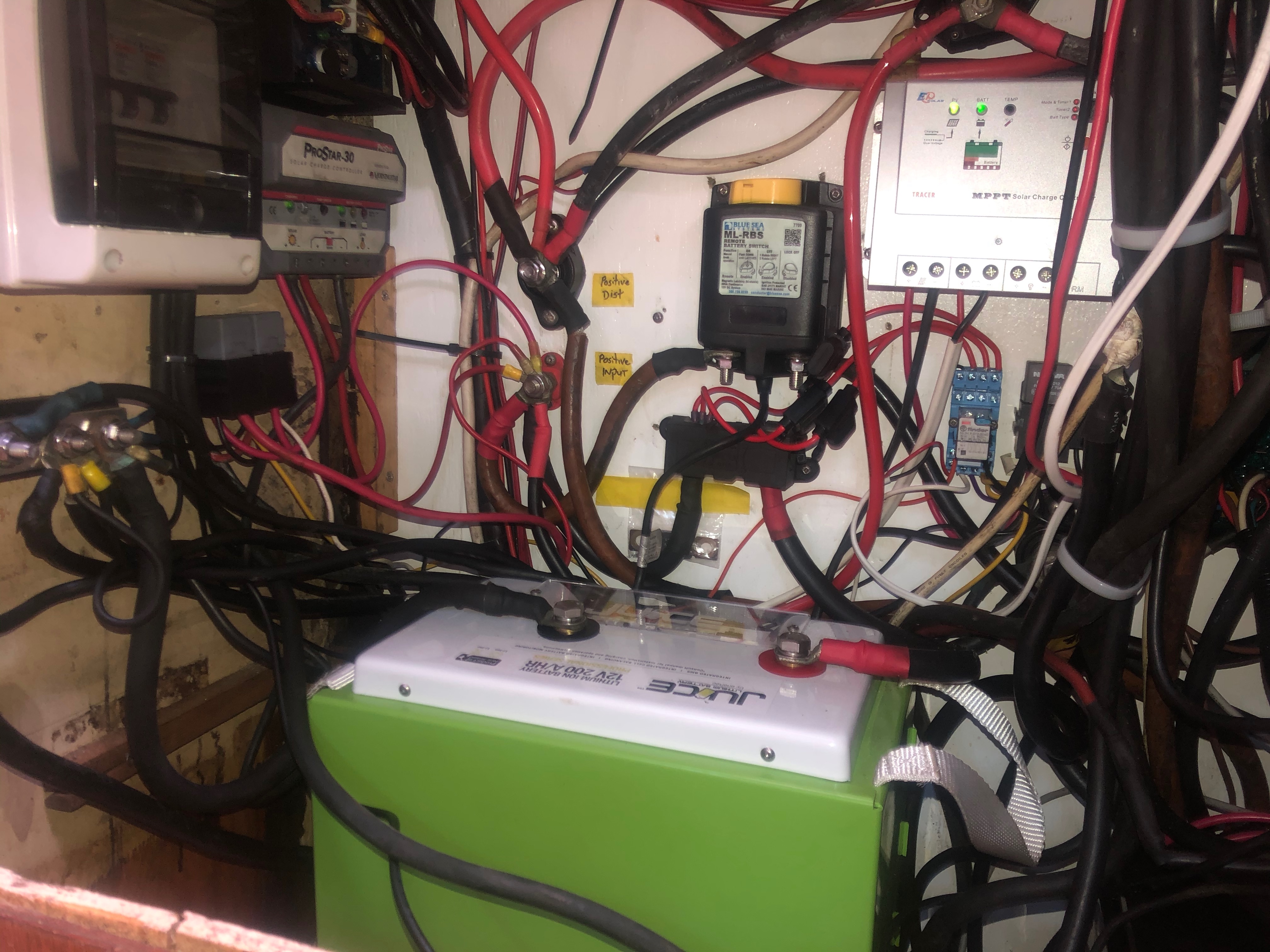 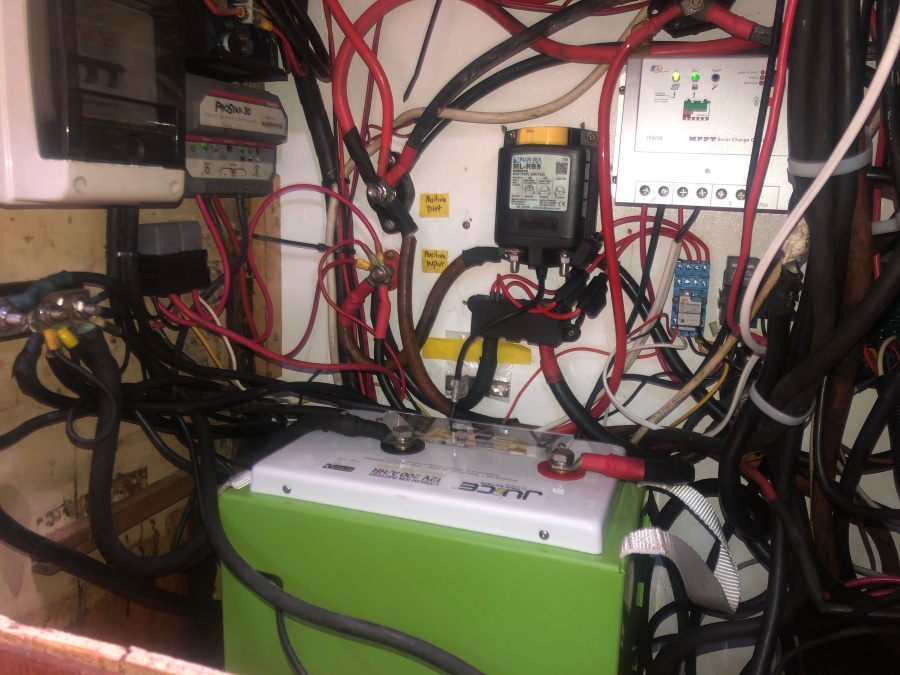 Our batteries were only just over 5 years old but this year in the early stages of winter we saw a marked degradation in their condition.

We usually spend the winters in the Pacific Islands where the winters are not only warmer but the days are clearer, more sun and the sun is higher in the sky. Not only that but we are often on the move and the batteries get a good charge regularly, we rarely used to see the battery monitor below 75%, a good figure to respect as the cycle life of a Lead acid deep cycle battery is greatly reduced the lower you allow the battery charge to get on a regular basis.

In 2019 we spent the winter in New Zealand and I was amazed at the reduction of charge we were putting in from both solar and wind. The solar input was tragic to say the least! Between a sun angle above the horizon of only 37 degrees and less than 12 hours of daylight (more like 6 hours giving any charge at all) in mid winter northland New Zealand, whatever sun we saw was of little value in charging the batteries. As for wind well, in most anchorage you’re sheltered from the wind except when a storm hits, that not enough to rely on. The consequence of all this was we were always chasing our tail to keep the batteries charged and this hurt the batteries.

Another contributing factor was the cold, not on the batteries but for us and in order to warm the boat we installed a Diesel Heater and yes this needs power to drive. We made it through to summer last year and by mid November our 600Watts of solar and occasional Wind were keeping the batteries up during the day but we were seeing much larger drops in voltage overnight.  It wasn’t until winter this year that this manifested itself, once the batteries started to go bad it wasn’t long before a decision needed to be made. In the last two weeks we were running our petrol genest for 6 - 8 hours a day.

Decision time, so what are we going to replace them with. This time will be the Fifth time we have replaced the batteries since 1994 the we bought the boat and it seemed like the life span was getting shorter each time. Our first new set we put in before heading offshore for the first time in 1995 lasted 8 years! Because of this we looked at all the different battery types, Lead acid;- flooded, sealed, gel, AGM, Hybrid, Lead Crystal and Lead Carbon, all have the same problem, cycle life (Usually 800 at 50%DOD) but are relatively cheep in degrees.

Not yet satisfied I decided to have a chat to Jeremy and Jamie at Enertec Marine and RV who have supplied much of our electrical gear in the past and are specialists in Lithium and have developed their own “Juice” Lithium Battery with a specialised BMS (Battery Management System) that is compliant with New Zealand and Australian standards for marine applications.

I intentionally don’t ask for a price but “tell me why i should buy Lithium?” I ask. When comparing against Lead Acid.

So in conclusion in a Cost Benefit Comparison Lithium is most definitely the way to go!

So, out came the 130kg of Lead acid and in went 23kg of Lithium, I must say it looks lonely in the battery box:-)

When installing Lithium there are a number of things that need to be done to protect the battery, Lithium can neither be overcharged or discharged too far.

On the discharge side this was reasonably easy and I did most of the work myself, The Juice bakery comes with a Shunt embedded in the BMS within the battery itself so out came the existing shunt and all the connections moved to a single post. On the positive side I installed two posts, one for input ie. charging and one for output, distribution. Between the distribution post and the battery terminal I installed a “Smart” Battery Load Contactor, a switch that’s managed by the BMS that disconnects the distribution if the battery gets discharged too far.

On the Charge side I needed some help so our local contractors at Seapower, specialist electrical guru Chris. The trick here is to limit the charge when the battery is full so all charge sources had to to be regulated. The primary sources here were Alternator, 240v Charger, Solar and Wind. First the setting had to be adjusted on the regulators or internally in the case of the Charger. Next we fitted relays to switch off the input on each charge source to further avoid overcharging. All this is controlled by the BMS.

Next was the new Juice Battery Monitor a brilliant bit of gear, soooo much better than the old Mastervolt Monitor.

Did we do the right thing? Short answer YES! The Lithium has been in now since June, three months and it’s been flawless. We can be down 100amps and motor for an hour with our 120amp alternator and we’re back to 100%. Even though we’re still in spring we’re absorbing everything the solar and wind produce and have gone for the last three days without turning on the motor or our wee 2kva genset. On a scale of 1 - 10 I’m at an eleven right now, very happy and looking forward to another 10 years plus!